Internet of Things tools and frameworks

Internet of Things tools and frameworks

Eclipse foundation is  having one sub project for Internet of things initiatives.

Message Queuing Telemetry Transport (MQTT) is a protocol designed to connect the physical world devices and networks, with applications and middleware used in IT and Web development, making it an ideal connectivity protocol for IoT and M2M.

OMA-DM is a standard communication protocol widely used in the telecommunications industry to monitor and synchronize the state of communications devices such as mobile phones or the kind of radio modules that can be found in M2M solutions.

There is a nice introduction to OMA-DM on the developerWorks website.

Set of tools for developers to carry out IoT development

Email ThisBlogThis!Share to TwitterShare to FacebookShare to Pinterest
Labels: Internet of Things

Hadoop 2.3 has two new features.
This post is related to Centralized cache management feature in HDFS.

It allows you to say at start of your job to cache a particular folder into memory. Applications like Hive , Impala will be able to read data directly from memory which has been cached.  The current features are SCR ( Short Circuit reads ) which allows SCR aware applications directly read from disk by passing Datanode. 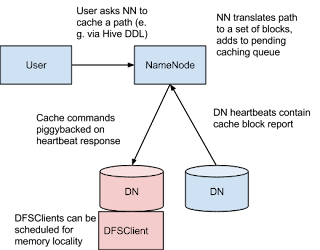 Comparing with current implementation Spark model , RDD is still superior as it maintains lineage both transformations of writes happening in the in memory data. It means that Spark can write intermediate data to RAM and work faster.

The current HDFS cache management feature does only boosts performance with reads.

So I guess still few mode improvements are needed for Hadoop to beat Spark in performance.

I am very excited to see how downstream systems like Pig , Hive and Impala will use this feature to make them process things faster. I am sure things will get better and better in Hadoop in coming few releases.
By Jugnu at February 28, 2014 1 comment:

Email ThisBlogThis!Share to TwitterShare to FacebookShare to Pinterest
Labels: Hadoop

Email ThisBlogThis!Share to TwitterShare to FacebookShare to Pinterest
Labels: Java

Email ThisBlogThis!Share to TwitterShare to FacebookShare to Pinterest
Labels: Java

It’s amazing to see how various things are coming along to make Internet of Things reality for future.

The efforts by Semantic web people , RFID based tracking , the work of xively for connected devices all are awesome.

I saw the short demo which has been released by them and highly recommend if you have not seen it.

“Connected devices are central to our long-term strategy of injecting sophisticated computation and knowledge into everything. With the Wolfram Language we now have a way to describe and compute about things in the world. Connected devices are what we need to measure and interface with those things.”

The API has free version

The language has wide range of already prebuilt functions and algorithms based on real world usage. 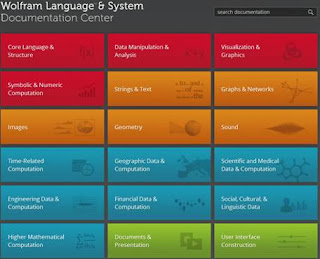 With various APIs ( e.g Xively , Wolfram ) trying to do solve the problem of connected devices , I future we will see bridge between various systems which come up to help cross pollination happen.

Wolfram language SDK is available on http://www.raspberrypi.org/ pre build to try on. It also works on various other platforms

How to get started with Wolfram language

The tutorials and language manual is available on official website at

It will be familiar for people from Mathematica background

Although it’s just a preliminary release and general release announcement is pending.

Copy paste the syntax you learn over this website and try out various things.

I am sure you will enjoy.

I would wish that Wolfram people make this open source for faster innovation and wider community acceptance.

Email ThisBlogThis!Share to TwitterShare to FacebookShare to Pinterest
Labels: Internet of Things

How to fix Limited connectivity Windows 8

I wasted 2-3 hours for this

At last following worked for me

Restart your wifi or LAN connection

Setup Scala to use Maven in Eclipse

From now you can use your normal maven commands

It was failing , i decreased it to 2.8.0 it passed. Just in case you get some error like me

Initial job has not accepted any resources; check your cluster UI

522640 [Timer-0] WARN org.apache.spark.scheduler.cluster.YarnClientClusterScheduler - Initial job has not accepted any resources; check your cluster UI to ensure that workers are registered and have sufficient memory

If not then start the worker

Email ThisBlogThis!Share to TwitterShare to FacebookShare to Pinterest
Labels: Spark

Just make sure that you have selected the correct Version of OS while creating Virtual machine. 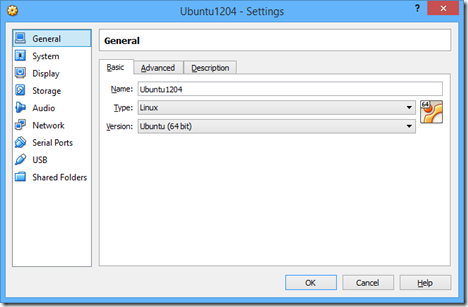 Before that some quick simple summary how it works.

The Linux drivers are part of the upstream Linux kernel. But some devices needs additional firmware to tell kernel what device is all about and how to operate it.

/lib/firmware of the system , simple

All of these are also part of Linux community code

In Ubuntu, firmware comes from one of the following sources:

The ideal scenario would have been some one back porting the latest firmeware in linux-firmware for saucy. But this not been done so we can just manually
drop the file.

A additional shortcut you can follow is just download Trusty (14.04) deb file and install it. The trusty already has the firmware for it.

Some of the basic concepts for learning functional programming. I noted all of them from wikipedia.

In mathematics and computer science, a higher-order function (also functional form, functional or functor) is a function that does at least one of the following:

In many programming languages, map is the name of a higher-order function that applies a given function to each element of a list, returning a list of results. It is often called apply-to-all when considered in functional form. This is an example of functoriality.

For example, if we define a function square as follows:

In functional programming, filter is a higher-order function that processes a data structure (typically a list) in some order to produce a new data structure containing exactly those elements of the original data structure for which a given predicate returns the boolean value true.

The term "scope" is also used to refer to the set of all identifiers that are visible within a portion of the program or at a given point in a program, which is more correctly referred to as context or environment.[a]

In programming languages, a closure (also lexical closure or function closure) is a function or reference to a function together with a referencing environment—a table storing a reference to each of the non-local variables (also called free variables or upvalues) of that function

A list comprehension is a syntactic construct available in some programming languages for creating a list based on existing lists. It follows the form of the mathematical set-builder notation (set comprehension) as distinct from the use of map and filter functions.

Email ThisBlogThis!Share to TwitterShare to FacebookShare to Pinterest
Labels: Programming

How to give input to command from a file

How to give input to command from a file

<
A < symbol connects the command’s STDIN to the contents of an existing file.
Example
$ mail -s "Mail test" johndoe < /tmp/mymessage
Read from text file and send as mail

How to store command output in text file

>
Replaces the file’s existing contents
Example
echo "This is a test message." > /tmp/mymessage

To redirect both STDOUT and STDERR to the same place, use the >& symbol.
To redirect STDERR only, use 2>.

How to append to contents of a file

>>
Appends to the file
echo "This is a test message." >> /tmp/mymessage

How to execute command conditionally on success of command.

To execute a second command only if its precursor completes successfully, you
can separate the commands with an && symbol

Conversely, the || symbol executes the following command only if the preceding
command fails (produces a nonzero exit status).
By Jugnu at February 03, 2014 No comments: